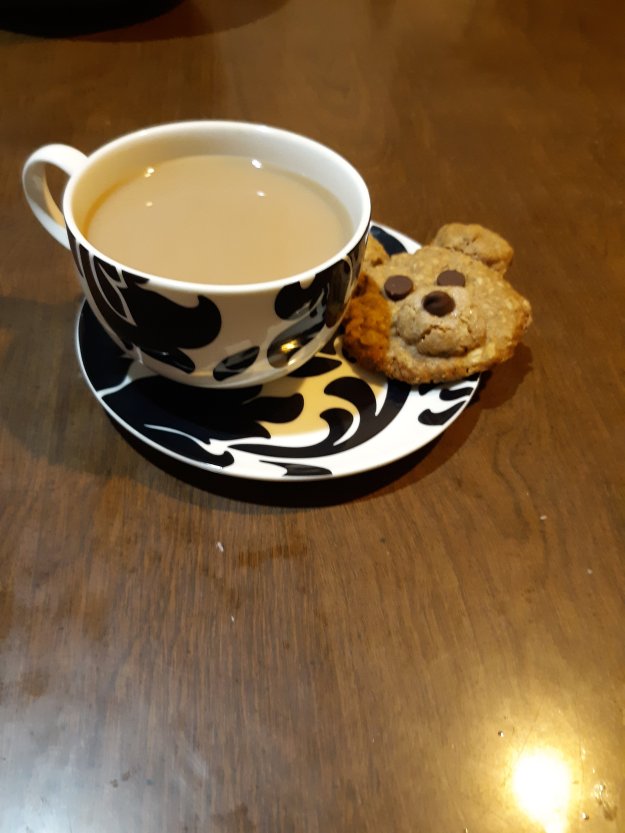 The Lord has been working on me to simply trust Him no matter the circumstance.

To learn to listen and adjust my own schedule or ideas to His will and timing.

To walk with such faith and peace that when troubling things occur, I can remain quiet at heart and simply listen for His guidance.

Both Anne and Bell had to work that day, but Sis was ready and willing to help me set-up.

I’d prayed several times, inquiring of the Lord how He wanted me to schedule my day and He kept answering the same thing.

Arrive at the building at 10 am.

My morning wasn’t unfolding like I’d hoped and 10 am seemed to be coming faster than normal.

When I thought I was ready to have Sis and baby in the car I realized the keys were missing.

Not to the car, but to the building.

So, I walked in faith.

I told Sis of the circumstances and we buckled the baby into her cat seat and drove down.

Sure enough it was locked up tight.

I prayed as I walked to the double doors and there was a light on inside.

And the Lord had answered.

I know the cleaning person and he not only opened up the building, he helped me unload the car.

Later that day, about two hours before the shower I was stretched again.

I had felt the Lord encourage me to make a quick visit to a dear friend who recently had a baby.

Jase was having a great time playing in the yard.

We’d been there for a while when one of the children came to tell us Jase was hurt.

When I looked at his leg I prayed.

It had a break in the skin, was already swelling and turning colors.

He was obviously in pain.

My first thought was, “Could it be cracked?”

When we reached the couch our friends went into help mode.

One person got ice and wrapped it in cloth.

Someone else got a large glass of water.

My friend got some Ibuprofen, after asking me if I thought it best.

And lastly, someone else got Jase a puppy, just to take his mind off the pain.

It all turned out simply amazing.

The swelling went down, the color went from purplish to pink, and the cut didn’t bleed hardly at all.

I dropped him at home with my hubby and went to the shower without any concern.

His pain subsided and he was up running around in a few hours.

So when my husband and I had an important dinner for his work last night, I wasn’t stressed.

Nothing in my schedule really was going the way I expected, but I refused stress.

Even when I realized that the dinner started half an hour earlier than I had thought, it wasn’t a concern.

I drove to where I had told my hubby I’d meet him.

I knew we would need to be promptly picking up his suit, so we could swing by a store to get a few things we no longer own, like mascara, nylons, and dress socks.

As I waited, it became harder to refuse stress.

But each time it started to knock on my heart’s door, I refused to open.

He thought we should drop the one vehicle elsewhere so we drove there.

After he got in the car and greeted me he asked, “Did you pick up my prescription?”

So, we headed there and bought the needed items and prescription.

As we headed to pick up the suit he asked, “You grabbed my tie and cuff links, right?”

“No, I didn’t even think about them.”

In my heart, the tapping of stress and fear, asking to be let in.

My husband’s voice broke the silence.

“Well, I bet my dad has both, I wanted to get dressed there anyway. ”

He called him and all was layed out on the dresser when we arrived.

After dressing and getting back into the car I was praising God.

He had helped me refuse stress.

He had walked us through all the details.

He had everything in His hands.

And we arrived ten minutes early.

It is so worthwhile trusting Jesus.

No matter the circumstance, big or small,

His hands are able,